Danes off to a great start at Chinese Taipei Open 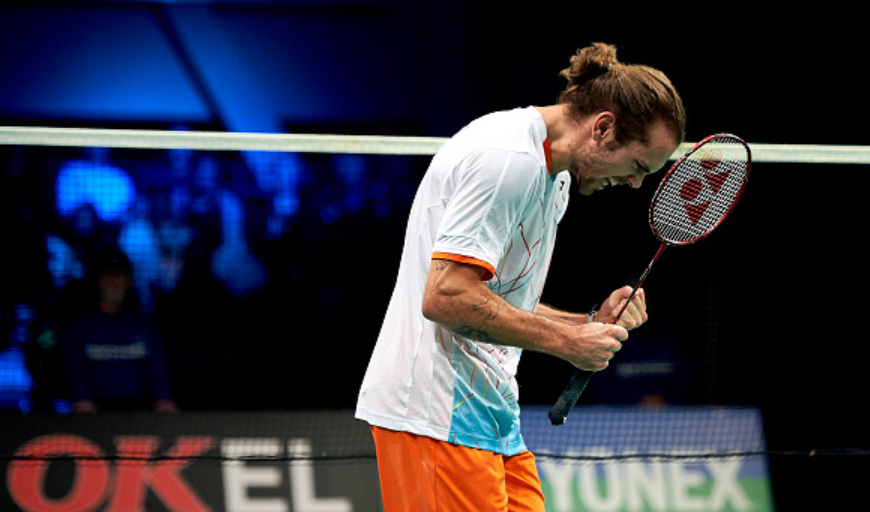 The number of Europeans at the World Tour Super 300 tournament in Chinese Taipei is limited. The strongest European nation, Denmark, has six players there. Four of them already cruised into second round.

Unseeded Julie Dawall Jakobsen opened the ball for the Danes when she played Isabel Zhong from USA in her first round match. Without major problems the 20-year old Dane won in just 26 minutes. She can now prepare for her second round match against Malaysian Soniia Cheah who is seeded 7.

The two played once before, at the Belgian International in 2016, where the Malaysian ran off with a straight game win. At that time it was Julie Dawall Jakobsen who was seeded 7 while Soniia Cheah was unseeded. Maybe there is a rule that the unseeded of the two must win their encounters?!

The first Danish victory was followed up by Kim Bruun’s ditto in the European clash against Lucas Corvee from France, also seeded 7. Bruun was leading 2-1 head-to-head against the Frenchman before today’s match, and it was the Dane who built on to this lead.

Despite being ranked 33 spots lower on the world ranking than his opponent, Kim Bruun bagged the match in straight games and qualified for second round. Here he is facing Ajay Jayaram from India in what is going to be the first ever match between the two.

Line powerful on her way to the finish line

One of the two seeded Danes at Chinese Taipei Open, Line Højmark Kjærsfeldt, was next Dane on court. Seeded 3 she was favorite against Hong Kong’s Cheung Ying Mei who is number 217 in the world. The two had never played each other before and they added just 28 minutes to their statistics today.

Kjærsfeldt had the match under control all the way. Only in the beginning of first game the two girls were quite even, but from 8-8 it was Danish power all the way to the finish line. Line Højmark Kjærsfeldt is facing the winner of local girl Lin Ying Chun and Indian Sri Krishna Priya Kudaravalli in second round tomorrow.

Former world number 2 on his way back

Former world number two, Jan Ø. Jørgensen who has been struggling so awfully much with foot injuries the last two years, is back on the tour again. He is still a bit from earlier times’ level but step by step the 30-year old Dane is climbing back. His world ranking as number 34 today had earned him a seeding as number 5 this week.

Jørgensen faced Indian Abhishek Yeligar in his first round earlier today. It was a really fast match the two had – 20 minutes after the first serve, Jørgensen was ready for second round. Here he will play either Firman Abdul Kholik from Indonesia or one of the local boys, Hsueh Hsuan Yi who entered the tournament via the qualification.

Danes number 5 and 6 in Chinese Taipei are men’s double David Daugaard and Frederik Søgaard. They will play locals Lin Chia Yu and Yang Ming-Tse in the fifth match on the TV court after 3:00 PM local time.

Lucas Corvee was the only other European to have entered Chinese Taipei Open. Now the Danes are the only ones left to secured European glory.

Results from the Danish players’ first round of Chinese Taipei Open: