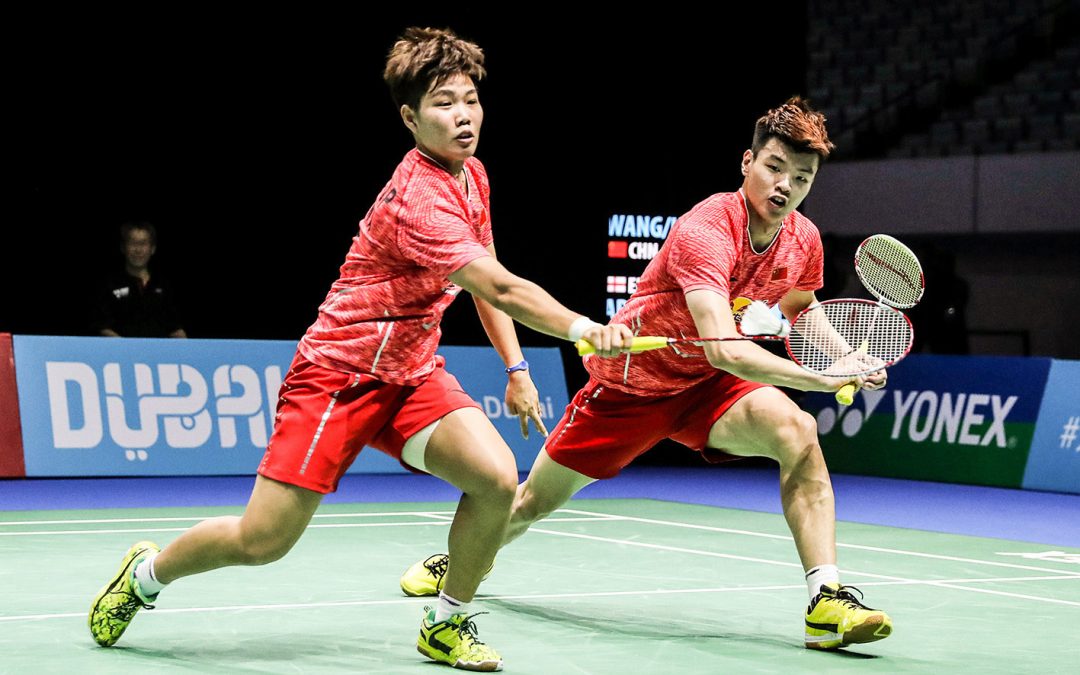 Momota proved his worth in the men’s singles
World champion and world No. 1 Kento Momota defended his men’s singles title with a straight-sets win. In front of the cheering home crowd, top seed Momota won a tight first game against Jonatan Christie of Indonesia 21-16 before cruising 21-13 in the second. It is the first time that Japan has won both the men’s and women’s singles titles at the Japan Open, an HSBC World Tour Super 750 tournament held since 1982. “I didn’t get good results last week and I wasn’t confident of a repeat,” said Momota, who made a second-round exit from last week’s Indonesia Open in Jakarta as the top seed and defending champion. “But so many people were rooting for me, and thanks to all of you I was able to win. I hope to keep working hard knowing that I have that support,” he said. Momota reached No. 1 in the Badminton World Federation men’s singles world rankings last September and has held the top spot since then. Though he was disqualified from taking part in the Rio Olympics, he is leading the race to win Olympic gold in 2020. In April 2016, Momota and his teammate were slapped with an indefinite ban by the national badminton association for illegal gambling, but he made a winning return at the Japan Ranking Circuit competition after a year’s absence.

Yamaguchi beat third-ranked Okuhara in straight sets
Earlier on Sunday, world No. 2 Yamaguchi beat third-ranked Okuhara 2-0. The much-awaited contest between the country’s top two female shuttlers, however, lasted just 46 minutes. In a repeat of their 2015 Japan Open final, Yamaguchi won a total of 42 points compared to 28 for Okuhara, and reeled off seven consecutive points at one stage to build up a comfortable lead and eventually close out the first game 21-13. In the second game, where Okuhara showed signs of a return to form, Yamaguchi turned a 10-8 deficit into an 11-10 lead and pulled away to win 21-15. “It’s the first time I’ve ever won two weeks in a row and there’s a feeling of accomplishment,” the 22-year-old Yamaguchi said. “I had a bad feeling when we started out with long rallies. But it was good I was able to regain control of the moment and play with perseverance,” she said. It was Yamaguchi’s first Japan Open title in six years and follows last week’s championship at the Indonesia Open.

The minions went home with the victory
The victory of Marcus Fernaldi Gideon / Kevin Sanjaya Sukamuljo at the Musashino Forest Sport Plaza, Tokyo also led them to win their fourth title this year. Marcus / Kevin has won the Malaysia Masters, Indonesia Masters, Indonesia Open and Japan Open tournaments in 2019. The All-Indonesian Finals are the third meeting of Marcus / Kevin and Ahsan / Hendra pairs in the final throughout 2019. A fierce scramble for the score occurred at the start of the first game, where both partners had various scores 1-1, 6-6 and 7-7. Minions surpass Ahsan / Hendra with a score of 11-8 in the interval of the first game. The tempo of the game began to increase after the interval . The Ahsan / Hendra pair nicknamed The Daddies began to find their best games and tried to catch up with the numbers. Long rallies occur when the scoreboard shows the position of 19-17 for the pair Marcus / Kevin. The duel which lasted 36 blows was won by The Daddies. However, Minions are still too strong for Ahsan / Hendra. The first seeded pair finally won the first game with a score of 21-18 after competing in 16 minutes. Minions back ahead in the second game by taking the first two points. But it did not take long for The Daddies to equalize the acquisition of numbers to 2-2. Ahsan / Hendra was even able to turn things around and lead with a score of 5-2. The Daddies also managed to outperform their compatriots with a score of 11-8 at the interval of the first game.

Had won the first points after the interval , Minions actually left behind from the Daddies. Marcus / Kevin even left behind 5 points when Ahsan / Hendra won with a score of 14-9. But the Minions were able to improve the game and followed the scoring of Ahsan / Hendra when the score showed 17-17. Afterwards, the match returned to a tight run where both partners grabbed each other’s numbers. The match must even go into the setting point when Marcus / Kevin is able to catch up with the 20-20 score. Finally, Hendra’s failure returned the ball to Marcus’s punch to make the Minions able to win the second game with a score of 23-21. With this victory, the Minions managed to seal their 4th champion this year. They also succeeded in improving their record meeting with the couple Ahsan / Hendra with a record of 8 wins from 10 meetings. The victory won by the Minions also made their title as the world’s best men’s doubles unshakeable.

A convincing victory in the women’s double
In the women’s doubles final, the Japanese pair of Wakana Nagahara and Mayu Matsumoto missed out on their first title, going down 2-0 to South Korea’s Kim So Yeong and Kong Hee Yong.
Shown for 43 minutes the pair Kim / Kong was able to score a straight-game victory with an identical score 21-12, 21-12. The dominance of the Korean pair has been seen since the beginning of the match. The barrage of pressure launched by Kim / Kong led them to lead 8-4. Several times an unforced error from the home side paved the way for the Korean duo to reach the interval with a score of 11-6. After the break, the game still runs similarly. The Japanese couple still can’t get out of the pressure of the opponent. Kim / Kong is able to widen the distance of their superiority to 18-10. The first game was successfully closed by the Korean women’s doubles through a 21-12 advantage. Absolutely not allowing opponents to develop, Kim / Kong launched an attack again since the beginning of the second set. Several times the Korean couple’s drive blows could not be anticipated by the hosts. Enter the interval break, the Korean double leads away 11-5. The Japanese couple hit the net due to the pressure of their opponents, often coloring the game after the break. The point margin is widening 15-7 for the Korean camp. Not at all relaxed the pressure, duet Kim / Kong also managed to touch the match point at the position of 20-10. A blow from the Korean couple who were unable to restore the double hosts ended the match with a score of 21-12.

China is the champions of mixed double
In the mixed doubles, Wang Yilyu and Huang Dongping of China defeated Indonesia’s Praveen Jordan and Melati Daeva Oktavianti 21-17, 21-16 to take the title.