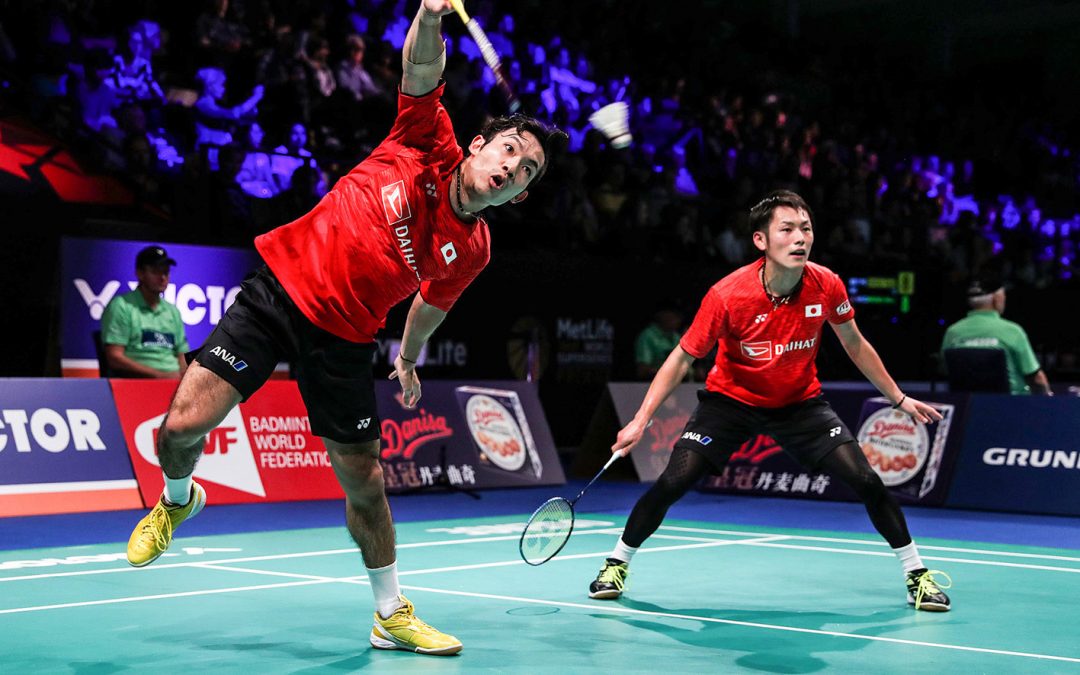 DAIHATSU YONEX Japan Open 2019 is a BWF World Tour 750 event which will take place at Musashino Forest Sports Plaza in Tokyo, Japan from 23 to 28 July 2019. It has a total purse of $750,000. Here we will provide an overview of the top-seeded players in this tournament.

Men’s singles
In the men’s singles, you will get to experience top-class badminton. Top-seeded is Kento Momota who will meet the Danish Vittinghus. It is expected that Momota will win this match, but with how much will be exciting to find out. Vittinghus usually can deliver in its single matches, but it is enough to beat the world’s No. 1. “Last year I was able to win for the first time at the Japan Open. In order to win again, from the first game I want to play as I know I can and with determination, all while not forgetting to be grateful. Last year everyone’s support was a source of great strength, and I’d like to ask for it this year as well.” Momota says.
Second-seeded is worlds no. 2. Yu Qi. He will in the first round meet the Malaysian badminton player Zii Jia. Yu Qi is also expected to win this match.
Third-seeded is world no. 5. Axelsen from Denmark. The physical condition of the pride of Axelsen is reportedly no longer prime because his asthma has recurred. But recently he was seen changing professions as a coach for his juniors. Thanks to intensive health recovery and accompanied by light training, Axelsen is determined to take part in a series of major tournaments and is determined to deliver top quality as always.

Women’s singles
Top-seeded is worlds no. 1. the Taiwanese player Tai Tzu-Ying. In 2011, she won the title of Taiwanese ranking competition when she was only 16 years and 6 months old, becoming the youngest No. 1 in Taiwanese badminton history. She became world No. 1 in women’s singles on December 2016, age 22, and has been ranked No.1 for 125 weeks, the most in BWF history, surpassing Li Xuerui. In the first round, she will meet Zhang from USA.
Second-seeded is in the women’s singles is Yu Fei from China. Currently ranked no. 3. in the world and will meet Fitriani from Indonesia. Lastly, the third-seeded in this category is Okuhara from Japan. She is worlds no. 2 and will meet a fellow Japanese player, Kawakami. Okuhara is well known for her speed, agility, and endurance. She won a bronze medal in the 2016 Olympics. She became the 2017 world champion in Glasgow, Scotland after defeating India’s P. V. Sindhu in the finals.

Men’s doubles
Top-ranked in this category is Gideon/Sukamuljo from Indonesia. 2018 was their year, but 2019 has not been the same for the pair. In the list of the latest world tour rankings published by BWF, Legi Wednesday, July 10, 2019, The Minions, even recently displaced from the world’s 10th ranking. Kevin / Marcus is now down 1 rank to 11th in the world. Their rank dropped after the tournament points they got were surpassed by Lu Ching Yao / Yang Po Han. A week ago the Taiwan duo succeeded in boosting its ranking by 2 ranks from ranking 11th to 9th. In the first match, they will meet He and Tan from Japan. Second-seeded is Kamura/ Sonoda from Japan. Last year, the world No. 3 became the first Japanese pair to win the men’s doubles title since the tournament started in 1937. With a lot of power, the pair will meet Arif and Azriyn from Malaysia. Third-seeded is Li and Liu from China who will meet Yakura and Ho-Shue from Canada in the first round.

Women’s doubles
First-seeded in this category is Japanese pair Matsumoto/Nagahara. Nagahara was awarded as the 2018 Most Improved Player of the Year by the BWF together with her partner Mayu Matsumoto. They obtained the honor after won the 2018 BWF World Championships title and improving their ranking from 14 to 1 in the world. They will meet Barkah and Sugiarto from Indonesia in the first round. Second-seeded is Fukushima/Hiruta also from Japan. They won the 2017 Most Improved Player of the Year award. Fukushima and Hirota were ranked world No. 1 at the BWF World Ranking on 21 June 2018 but is currently worlds no. 2. They will meet Bolotova and Davletova from Russia. Third-seeded is Matsutomo/Takahashi also from Japan. This means that Japan has a very high chance of getting far in this tournament with a strong field of players in the top-seeding. They will meet Birch and Smith from England.

Mixed doubles
Top-seeded is Zheng / Huang from China. They are the current World Champions of the 2018 BWF World Champion and Asian Games gold medalists in the mixed doubles discipline. They will meet Reddy and Chopra from India in the first round. Second-seeded is Wang /Huang also from China who will meet the Adcocks from England. Lastly, we have third-seeded Watanabe/Higashino from Japan. They won the Super 1000 tournament at the 2018 All England Open in the mixed doubles event and is currently ranked worlds no.3. They will meet Seo and Chae from Korea in the first match.