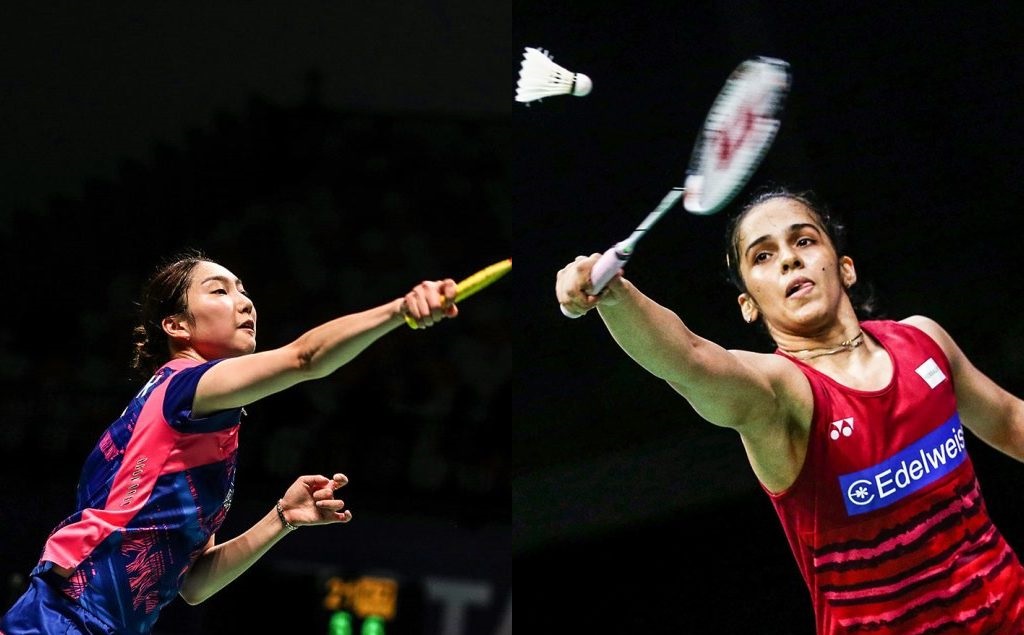 Moments after they turned off the lights in Tokyo, focus is immediately moved to next stop on the HBSC BWF World Tour. Changzhou is the destination for most of the players who participated in Japan Open when China Open kicks off on Tuesday 18 September.

Only one player has the chance to make a Super 1000 hattrick in singles and that is the world number 1 in women’s single, Tai Tzu Ying. The Taiwanese won All England in March and Indonesia Open in July and will write a fantastic chapter in the first season of the BWF World Tour if she is also standing on top of the podium on Sunday next weekend.

Thanks to her world ranking Tai is obviously top seeded in China, just like she has been for the many recent tournaments she has played. She has been drawn against Gao Fangjie who reached the quarterfinal in Japan Open after eliminating Pusarla V. Sindhu in the round of 16. The winner of these two will face Nitchaon Jindapol or another Chinese, Cai Yanyan, in second round.

If Tai Tzu Ying lives up to expectations in China Open she could very well face the triple World Champion in the quarterfinal. Carolina Marín is seeded 6 and has to surpass Mia Blichfeldt in first and the winner of Sayaka Takahashi and Kirsty Gilmour in second round for this interesting clash to come true. Last time Marín and Blichfeldt met was in the semifinal of the European Championships in the Spaniard’s hometown Huelva.

Extreme comeback in the past

Ratchanok Intanon and Nozomi Okuhara are favorites to meet in the second quarterfinal. The two met eight times before and won four times each. Ratchanok is seeded 4th in China and has the pleasure of Beiwen Zhang in her first match. In second round she could get another match against Gregoria Mariska Tunjung if the young Indonesian managed to beat Chen Xiaoxin in first round.

Nozomi Okuhara who lost the final of Japan Open to Carolina Marín earlier today is seeded 8 and faces Michelle Li in first round. The two will play their sixth encounter and both must be alert from first point. They have previously had one extreme clash. That was at Denmark Open 2015 where the Canadian turned a threatening loss into a win after recovering from 12-19 in third game. Li ended up winning 26-24 proving that a match isn’t over until it’s over.

The head-to-head between the two is 3-2 for Okuhara who last won against Li at the Uber Cup finals in May. Okuhara or Li will have to fight either Soniia Cheah or Pornpawee Chochuwong for a spot in the quarterfinal.

The second seeded player at China Open is due to her world ranking just as obvious as the top seed; Akane Yamaguchi. She got bronze at the World Championships and faces the 18-year old World Junior Champion from 2015, Goh Jin Wei, in first round. Goh surely wants to improve her result from Japan Open where she was eliminated in first round. She is up against hard odds in China though. The winner of this match will play Aya Ohori or Pai Yu Po in second round.

Line Højmark Kjærsfeldt didn’t play Japan Open but travels to China to play the other of the bronze medalists from the World Championships in her first match, 7-seeded He Bingjiao. It will be a tough one for the Dane but if she can make it, Lee Chia Hsin or Evgeniya Kosetskaya is waiting in second round. The Chinese is the favorite though and is she and Yamaguchi both make it through their first two matches, the quarterfinal will be a battle between the two World Championship bronze medalists.

The runner-up from the World Championships didn’t have a good week at Japan Open where she only got two matches. Pusarla V. Sindhu is obviously hungry for a better result in Changzhou and starts her journey towards success against Cheung Ngan Yi. The winner of this match will be up against Busanan Ongbamrungphan or Beatriz Corrales in second round.

And that brings us to the toughest quartet of the women’s single draw; Saina Nehwal faces Sung Ji Hyun and Sayaka Sato is up against 5th seeded Chen Yufei. The four girls are ranked 5 to 16 in the world and battles for a quarterfinal against, most likely, a very hungry Sindhu.

Selected match to keep an extra eye on

Sure there are many matches, which will be interesting at China Open. We are talking about one of the biggest tournaments in the world and all the top players are present. However, we have selected one match, which we suggest to keep an extra eye on.

That is the match between Sung Ji Hyun and Saina Nehwal. The two are ranked 9 and 10 in the world and obviously both got the toughest possible draw of unseeded players. Secondly they are ranked just after each other on the world ranking so that talks for a close fight. What doesn’t talk for a close fight though is the 8-2 lead head-to-head for the Indian. Their last encounter is more than a year back though so next week will show who of the two is stronger at the moment.