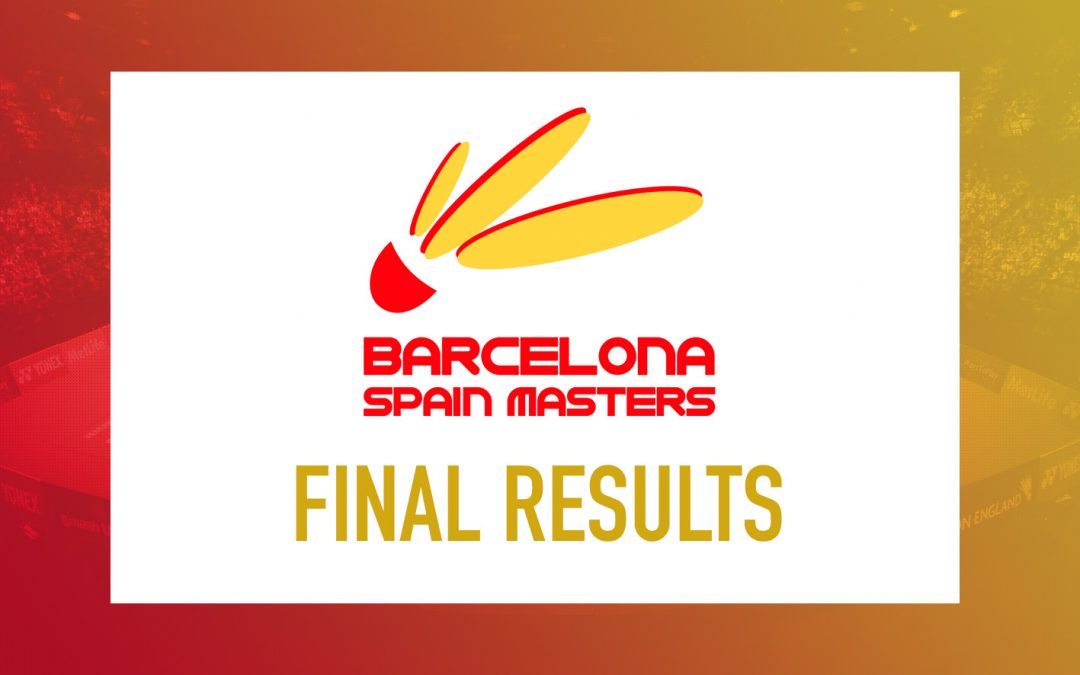 This year’s Spain masters have come to an end. This weekend’s finals have offered close matches, high level of performance and winning mentality – but who are the champions?

South Korea goes medal hunting
South Korea has so far managed to break through this tournament and got gold medals in both mixed doubles and women’s double. The women’s doubles would turn out to be an extremely exciting battle. In addition, a battle filled with good duels and generally badminton at a high level. In the end, South Korea’s Kim So- and King Hee- won with the digits 23-21 15-21 21-17 over Japanese Nami Matsuyama and Chiharu Shida.
In mixed , Seo Seung- and Chae Yoo-jungle victoriously took home the gold medal in 2 sets over Wang Chi-lin and Cheng Chi-ya with the digits 21-18 21-15

The Danish show-down
The repetition of the DM finals got a new winner when Denmark’s two best women’s players met in the final at the Super 300 tournament Spain Masters. Kjærsfeldt and Blichfeldt met at the end of the DM final in early February, where Kjærsfeldt won a close match.

At the finals at Spain Masters, 2019 Mia Blichfeldt won confident over Denmark’s master Line Kjærsfeldt with the digits 21-14, 21-14.
Before the final, it was clear that the winner of the match could add the career’s biggest victory for the CV, and that honor was thus attributed to 21- year-old Mia Blichfeldt.

Viktor is back!
For a long time, Viktor Axelsen has been afflicted with an ankle injury, which has meant that he has not been able to perform optimally due to the pain. However, Axelsen has managed to get back on the podium and pull the victory home over Anders Antonsen with the convincing result of 21-14 21-11. Axelsen thus took a re-challenge last October in Denmark Open, where after a close match he lost to Anders Antonsen. This is also the first title Axelsen manages to get this year.

He has managed to live up to his election as the favorite in this tournament and also offsets the score for 2-2 in the overall showdown between the two Danish players.

The Danes Mathias Boe and Carsten Mogensen also reached semifinals in men’s doubles but was beaten by Lee Yang and Wang Chi-lin.