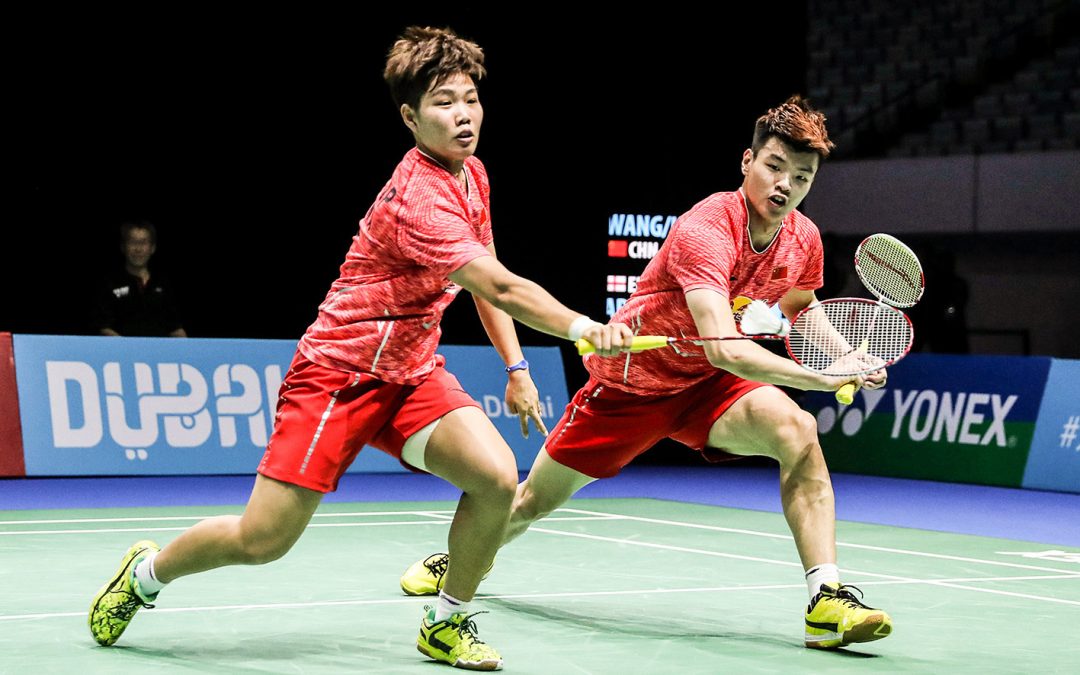 The 2019 Australian Open, officially the CROWN GROUP Australian Open 2019, is a badminton tournament which will take place at Quaycentre in Sydney, Australia from 4 to 9 June 2019 and has a total purse of $150,000.

Big profiles in the mens singles
With the Olympic race heating up, H.S. Prannoy believes a tough test awaits Indian shuttlers at the Australian Open World Tour Super 300 beginning June 4. “Australia is going to be tough. Because of Olympic qualification, a lot of players are playing. And I have to play Lin Dan in the first (round). So one of the toughest tournaments for every one of us,” Prannoy said.
Furthermore, you will experience third-seeded Jonatan Christie. The 21-year-old Christie has beaten four out of the world’s top five shuttlers – Momota, Shi Yuqi, Chou Tien-Chen, and Viktor Axelsen – in their most recent encounters. It will be interesting to see how far he will make it in this tournament.
Three of the top four seeds entered for the Australian Open had poor campaigns in Nanning. Indonesia surprisingly struggled in the men’s singles category winning just one match from the four ties they played. The No. 2 seed in Australia, Anthony Sinisuka Ginting, defeated England’s Toby Peaty in their opener at the Sudirman Cup but then lost to Viktor Axelsen in Group 1B play and Kento Momoto in the semifinals. Chinese Taipei’s Chou is top-seeded in Sydney and by comparison, had a much better week winning all three of his singles matches.

Will the favorites be dominating the womens singles?
The new queen of women’s badminton Chen Yufei is scheduled to back up in Australia next week. She headlines another strong women’s draw featuring No. 1 seed Nozomi Okuhara, third seed Pusarla V. Sindhu and fourth seed Ratchanok Intanon. Following her heroics in Nanning, Chen has risen up the world rankings to be number two in the world, overtaking Okuhara. Chen is seeded No. 2 in Australia.
Okuhara split singles duties with Akane Yamaguchi in Nanning but did not feature in the semifinals and final and should be fresh for the Australian Open. Pusarla similarly had a light week playing just one singles match in their opening tie against Malaysia. Intanon was the hero for Thailand in their quarterfinal against Korea, defeating teenage star An Se Young in two games. Thailand also had success in the shape of Pornpawee Chochuwong who surprised Yamaguchi in their Group 1A match. She is also listed to play in Sydney.

Exciting matches to experience in the mens doubles
From the men’s doubles number, Lee Yong Dae / Yoo Yeon Seong became the most attention-grabbing. Because the South Korean men’s doubles pair decided to come back at the 2018 Australia Open tournament after being separated.
Previously, Lee Yong Dae had paired up with Kim Gi Jung in several BWF tournaments in 2019, namely in the Malaysia Masters, Indonesia Masters, All England, Swiss Open and Singapore Open. Aside from Lee Yong Dae / Yoo Yeon Seong, the Indonesian men’s doubles pair Mohammad Ahsan / Hendra Setiawan was also registered to take part in the BWF Super 300 tournament. The match between Lee Yong Dae / Yoo Yeon Seong against Mohammad Ahsan / Hendra Setiawan will be the most anticipated by badminton fans.
Indonesia will certainly deploy its mainstay badminton player to compete in the 150,000-dollar total prize tournament. But, not all major Indonesian players will be competing in this tournament. In the men’s doubles sector, for example, the name Kevin Sanjaya Sukamuljo / Marcus Fernaldi is not in the draw.

A very strong field – Womens doubles
In general, this category is considered to be very strong this year. Japan has previously dominated this category, but this position may be threatened by China, which this year is strongly up against, among others, 2 very young couples Dong / Feng and Chen / Yia, who will give Japan a fight.
The Korean couple Kim / Kong is also considered to be in really good development. It will be exciting to see and they can keep the high level or be eliminated early in the tournament.

Young talents in the mixed category
Here too, China has chosen to focus on the young talents, where we among others will experience Lu / Chen and Ren / Zhou. It will be exciting to see their playing style and follow them in the tournament.
Top-seeded Wang / Huang is also exciting to follow. They have achieved very good results together and tell themselves that they are going to beat the best double pairs in the world but right now just focus on each match and the process to the first place.

“Badminton fans will be spoiled by world-class badminton battles in Sydney ahead of the 2020 Tokyo Olympics,” said Loke Poh Wong as Director of the 2019 Australia Open tournament. “We look forward to the presence of All England 2019 champions Mohammad Ahsan / Hendra Setiawan from Indonesia, Lee Yong Dae / Yoo Yeon Seong from Korea, and Olympic gold medalist Lin Dan and Li Xuerui,” he continued.