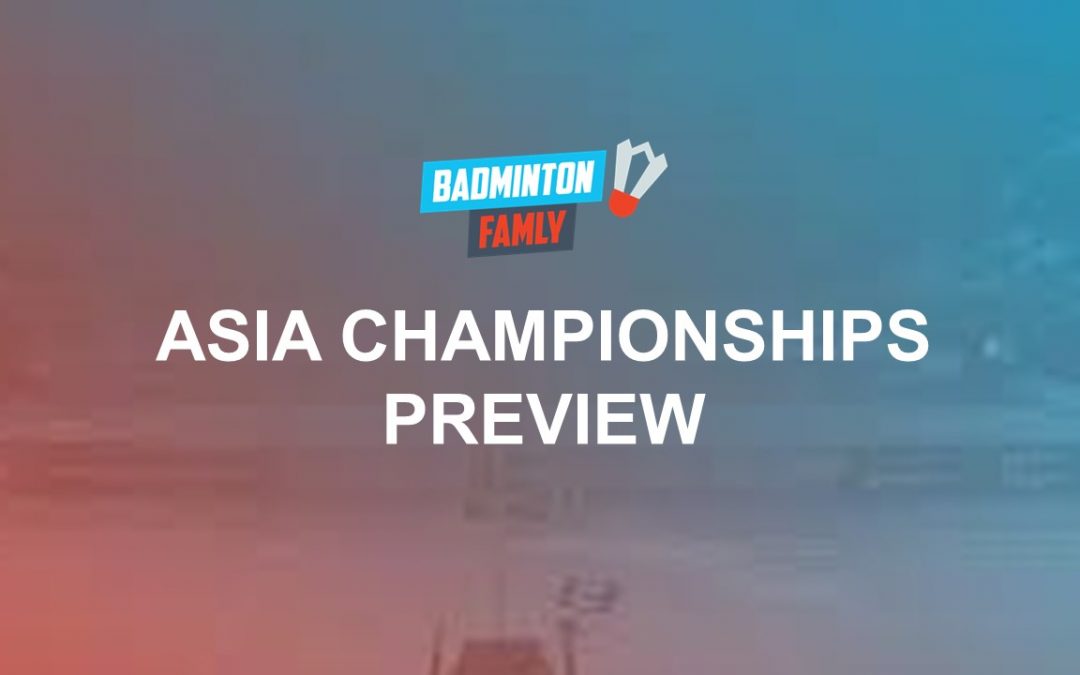 The line up at the Asia Championship is pure top class. But who will take home the gold medals? Here is our preview

Mens single:
Only player missing from the top 10 on the current world ranking is Viktor Axelsen – as he is European. But this emphasize what a strong line up we find in the men’s single – This tournament is wide open.
Former champions like CHEN Long, LIN dan and LEE Chong Wei are as always favorites to play for medals, but Srikanth Kidambi, Son Wan Ho and SHI Yuqi are also motivated to take their first gold at the AC. A dark horse in this tournament could be Kento Momota, as he might have found back to former greatness?
Draw
Womens single:
Current world number 1; Akane Yamaguchi has unfortunately been unable take part in the AC. This opens up for TAI Tsu Ying and Sindhu as favorites in the tournament. But what about the new Commonwealth Champion Saina Nehwal? Can she take her second gold in just a few weeks?
Draw
Mens doubles:
First seed in the tournament is Chinese LI & LIU, as the Indonesian super duo Gideon & Sukamuljo not have showed up at the Asia Games. This makes China huge favorites to take home gold, as the second seed in the tournament is ZHANG Nan & LIU Cheng.
However, it should be interesting to see, how good the form of Ashan and Setiawan is for this tournament – they are capable of challenging everyone, if their form is good.
Draw
Womens doubles:
As always, the battle for gold in the women’s doubles seems to be a head up between Japan and China.
Draw
Mixed doubles
This category is also quite open. As top seed Ahmad & Natsir is of course favorites to play for medal. But Chinese WANG and HUONG has an eye for the gold as well. A dark horse is the former Olympic champion ZHANG Nan, who is back in the mixed doubles with LI Yinhui – they should definitely be fun to follow.
Draw