The Hawk-Eye under the loop 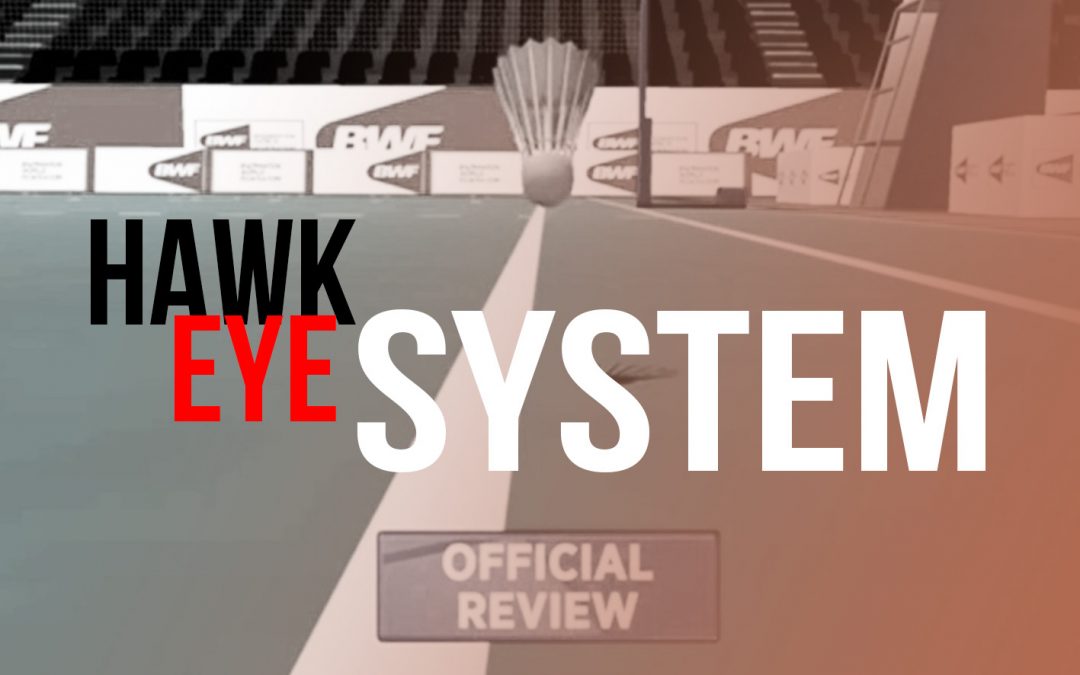 BWF introduced Hawk-Eye technology in 2014 after testing other instant review technologies for line call decision in BWF major events. Hawk-Eye’s SMART Replay technology is used by many of the BWF’s major tournaments to help officiate on a number of infringements including line calls and service faults. In addition to this, Hawk-Eye’s tracking cameras provide insightful data on things such as shuttle speed, that helps to tell the story and enhance the broadcast.

How does it work?

Hawk-Eye is a leading innovator in sports technology. First used as a broadcast tool to analyse decisions in Cricket, Hawk-Eye has now become an integral part of over 20 sports and every year covers 20,000 games or events across 500+ stadiums in over 90 countries.

Right now, the hawkeye system in badminton is very similar to what it is in tennis. It consists of a number of high speed cameras connected to each other and to a centralised computer system via fiber optic cables. The images taken by the cameras are fed to the computer system which calculates/simulates the trajectory taken by the cock. The cameras have a two second cutoff window in which the operator can activate the hawkeye. This gives enough time for the operator to trigger the system as the cock lands out or close to the lines.

There are some problems faced by this system though:

“We have been testing various systems and we have determined Hawk-Eye to be the most trusted and reliable option by which to track line-call challenges,”
“As a brand, it has built a strong reputation and enjoys global recognition among other sports – and indeed among sports fans – as an accurate and highly innovative technology which adds value to the spectatorship of sporting events.”

Why use the system?

We have previously talked about how badminton is the fastest ball sport so, with judges relying on the naked eye and the shuttlecock flying through the air like a shooting star, there are occasional disputes about whether the shuttlecock is actually “in” or “out” when it lands. There is also the risk that a patriotic line judge will make a call that favors his compatriot. Just think, if a disputed call happens at the end of a match at a key moment when there is only one point between the two sides, the player who suffers will be sure to be depressed and helpless; the spectators will feel disappointed and dissatisfied that an exciting contest has been suddenly brought to an end in a ridiculous way. These are some of many reasons for why one should apply the system, but the big questions is then why the system is not being used on every single court?

In the European Championships this year we experienced a brilliant example of frustrated players and possibly a biased judge. Dutch Mark Caljouw was not impressed with the match’s judge in the Euro-semifinals against Denmark, where a line ruling was twice canceled. It was in the men’s doubles where Caljouw played against Viktor Axelsen.

The first time the head judge chose to overturn a decision from the linesman, it was on the line closest to the judge’s chair, and thus she should have a good view of the ball. The second time, however, the ball landed on the opposite side just down the corner, and it frustrated the Dutchman so much that the referee changed his line judge’s decision. Badminton Europe has never taken advantage of the Hawk-Eye system for the European Championship, where you can call a challenge on the ball, as is the case this year. If all five match days were used on one course, it would cost about 165,000 Danish kroners.

Therefore, it is usually only seen that the international badminton federation, BWF, uses it for tournaments from Super 300 level and up. – It has made a huge difference. It’s really good when it’s in use. Today I was in doubt, for example, whether the ball was inside or out, and I could have challenged that. It changes a great deal, the Dutchman noted, while stating, however, that the orders were not the difference between victory and defeat.

In this application, it would solve a real problem. It eliminates the human element of line-calling, Hawk-Eye doesn’t feel pressure on big points. It doesn’t come cheap, one report from 2011 putting the cost between US$60,000 and US$70,000 per court to operate, another report this year put that figure at US$100,000 a court.

It’s hard to argue the cost isn’t worth it just for line calls, it would be hard to see us going back to a world where we don’t use ball tracking. But Hawk-Eye isn’t just good for line-calls.

It is just crucial to remember that everyone makes mistakes: linesmen, judges and even the hawk-eye system which is why we cannot relate 100% on either!

BWF just recently made a really good video about the Hawk-Eye system, watch here below: